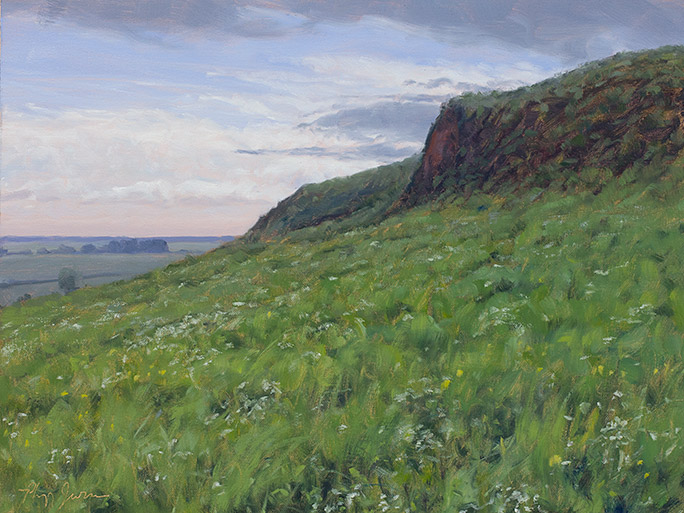 A storm has just passed in this view from the lower slopes of Revis Hill Prairie Nature Preserve. This spectacular remnant of Illinois’s tallgrass prairie ecosystem persists on the dry, south facing loess hills that rise above the Sangamon River valley. Loess soils, wind-deposited after the retreat of the glaciers, can retain surprisingly steep slopes.

I had hoped to work on this painting while on site but the storm cut my time short. Instead, it was one of two paintings I completed the next day at the Illinois State Fair where I was that day’s featured artist for the Illinois State Museum.