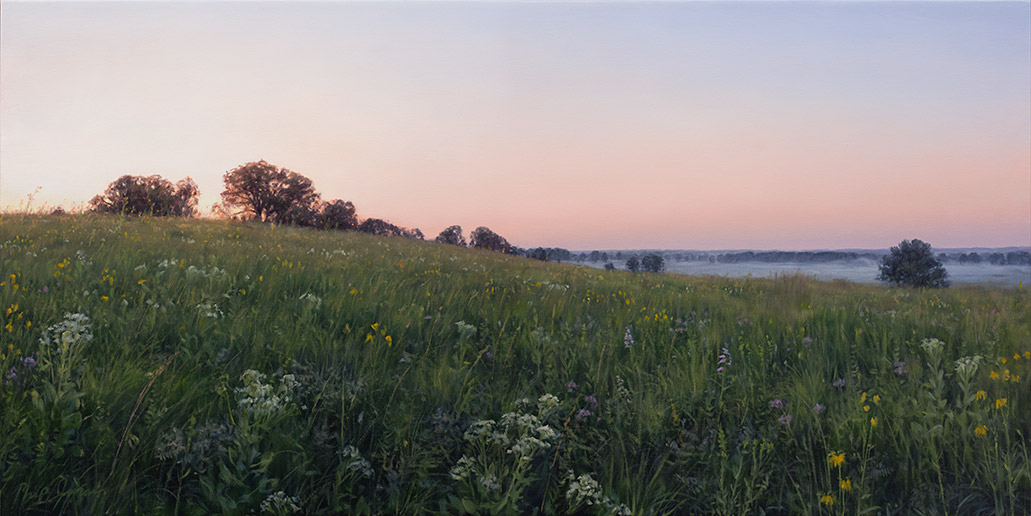 “Shoe Factory Road Prairie is a dry to dry mesic gravel prairie perched on the crest and slopes of a glacial deposit or kame of sand and gravel.” – read more from the Illinois Nature Preserve Commission’s preserve webpage.

Early on July 24, 2015, I stepped carefully among the flora on the summit of the Shoe Factory Road Prairie remnant as I hunted for the best view of flowers, fog, and sky. I felt sure at least some of the photographs I was taking would come out well.  This painting is based on several of them, as well as a field study (below) I painted later that morning. However, it doesn’t strictly replicate the morning’s observations. First, while onsite I chose viewpoints that offered an uninterrupted view of the land’s post-glacial contours, avoiding portions of the hilltop that were once mined for gravel. Later, in the painting process, I relocated a few trees slightly to strengthen the composition and left out some distant buildings to allow the scene to more easily exist in any desired time frame. From this lightly edited viewpoint, with hundreds of acres of restored prairie and oak savanna spreading out in the mists below, I felt it was not so hard to imagine the prairie vistas of past centuries. 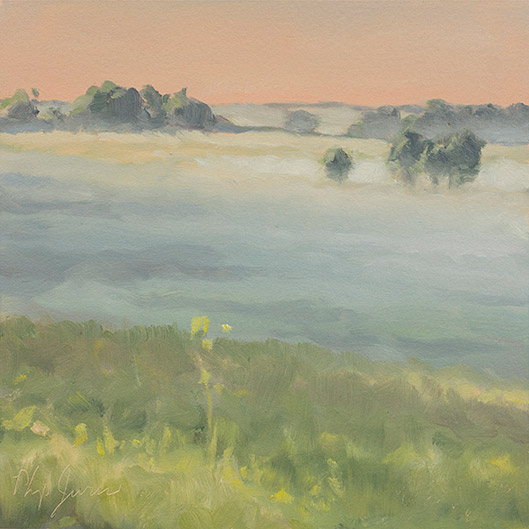