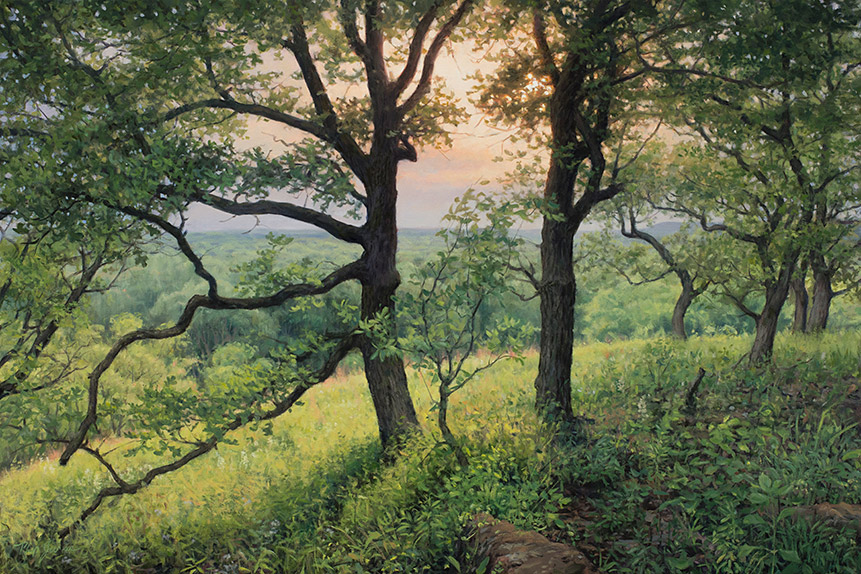 Taking in a view of the northern end of the Gulf Coastal Plain after climbing a steep boulder-strewn trail on a sultry, breezy May afternoon, it was hard to believe I was still in the prairie state – but not entirely. Ascending the hill, I was greeted by prairie classics such as big bluestem and prairie dock, and higher up, little bluestem and pale coneflower. At the top, however, the steep limestone glade transitioned to a dry upland forest of stunted post and chinquapin oaks that framed a lovely composition of the southwestern view. Perhaps because this state preserve is outside of the zone of the last glaciation, I felt it was a perfect example of how prairie ecology integrates into the many ecosystems I know and love to the south and east of the tallgrass prairie region.

Woody species featured in this ecotonal view include post oak, serviceberry, red bud, and greenbrier, while the blooms of penstemon, monarda, and yellow pimpernel (taenidia integrifolium) appear in the herbaceous layer. Others such as wingstem, various grasses, goldenrods, and many other broadleaf herbaceous species, are suggested. 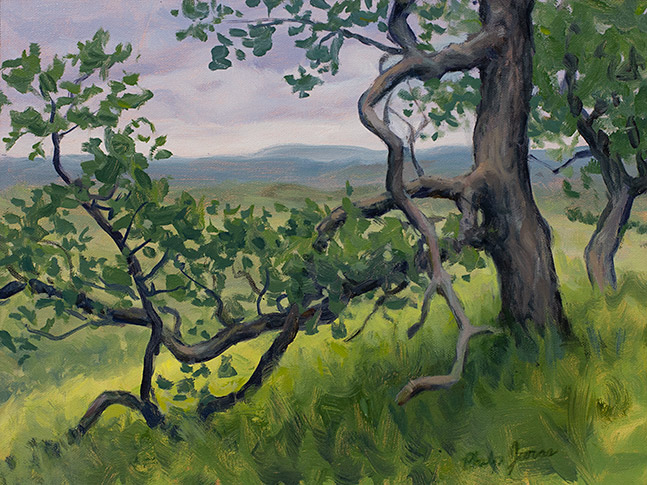