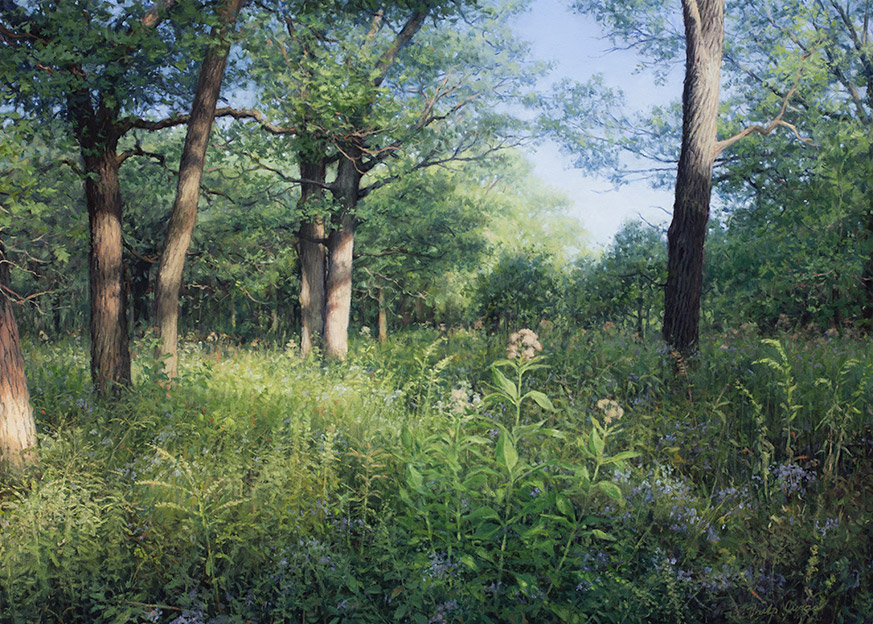 Restored largely by the Poplar Creek Prairie Stewards starting in 1989, this former farmer’s woodlot retains many open-growth trees that characterize the region’s original woodlands. It, and the adjacent Poplar Creek Prairie, owe much of their current richness to the efforts of these dedicated volunteers. Visitors can now experience an open canopy and diverse understory not unlike what early settlers would have seen. In this September view of the grove, bur and white oaks cast late afternoon shade across the seed heads of sweet Joe-Pye weed, bottlebrush grass, and elm-leaved and other goldenrods, while Drummond’s aster blooms in the foreground.

Recently renamed as the Carl R. Hansen Woods in honor of for the former Cook County Commissioner who saved it from becoming a landfill, the woods are part of the Arthur L. Janura Forest Preserve, commonly known as the Poplar Creek Forest Preserve in Hoffman Estates.