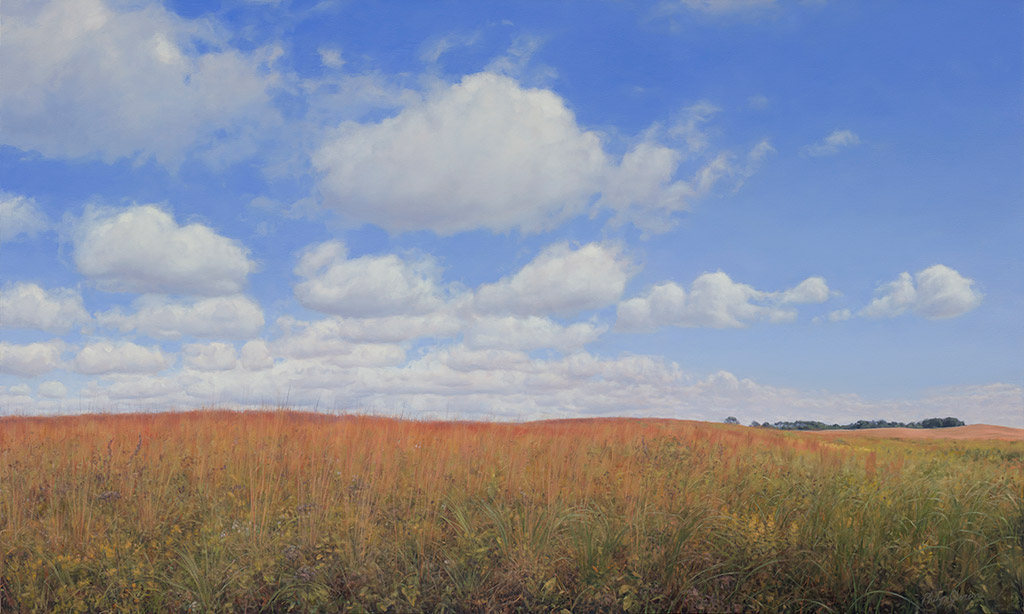 Foley Sand Prairie, an Illinois Nature Preserve at the western edge of Lee County, is a jewel-like remnant of Illinois’ original tallgrass prairie. Although grazed by cattle before being purchased by the state in the late 1980s, it has never been plowed—at least on the upland sections. The main attraction of the triangular, 15-acre preserve is the gorgeous dry prairie that occupies the low dune spanning the site. There are also a few acres of wet to mesic prairie that once occupied vast expanses of the surrounding glacial outwash plain. Some of the wetter areas were plowed in the past.

A wonderful ecological and aesthetic shift happens as the wetter soils of the plain, which lie just a few feet behind us in this view, transition to the drier soils of the dune ridge located immediately before us. The ecological change is made apparent by a transition of visually dominant grasses. Moisture-loving prairie cordgrass, with its long arcing leaves in the lower right foreground gives way to big bluestem a little higher on the slope as the soil moisture decreases. In turn, the big bluestem’s warm-colored vertical stalks rise toward the horizon line and blend into the reddish tint of little bluestem, the prominent grass occupying the dry ridge top. It’s a shift from wet to dry, from coarse to fine, and from green to red. Fascinating aspects, and so lovely when found beneath a newly arrived armada of puffy clouds on a gorgeous blue-sky, fall day.

Found among the visually dominant grasses in this September view are many of the 160 native species in the preserve, although most of them have gone dormant, showing only their yellowing leaves and dry seed heads. Earlier in the growing season the colorful array of flowers is outstanding. I attempted to show some of that in a field painting done at the same location in June 2018. In both paintings the moisture gradient is revealed by the transition of visually dominant plant species. 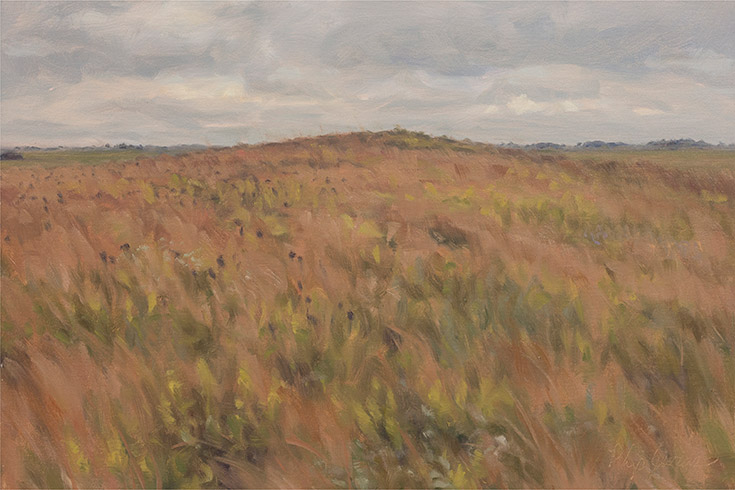 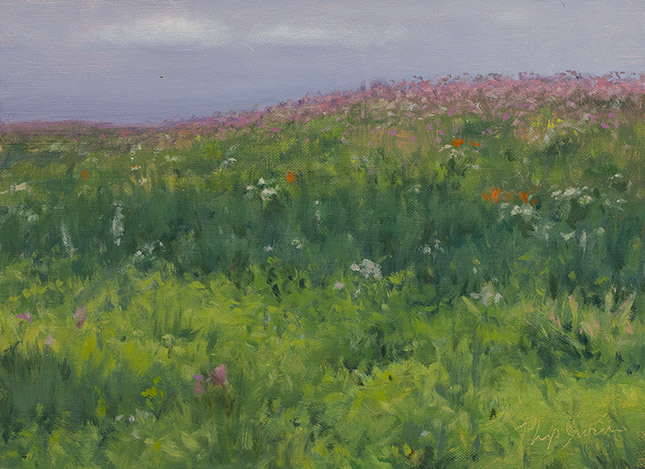