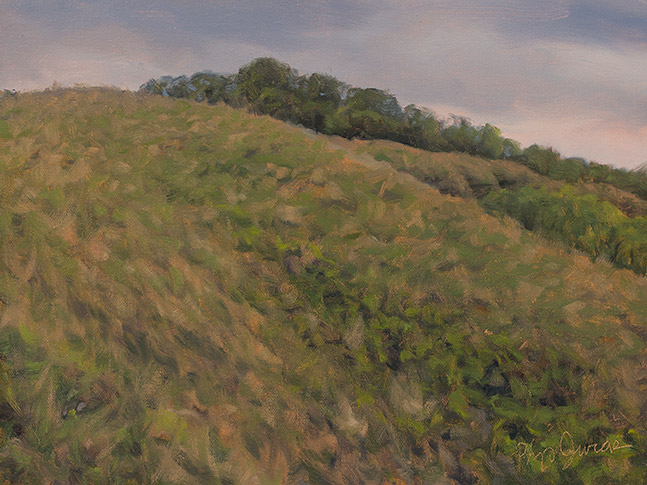 Like sand prairies, loess hill prairies developed on post glacial wind deposits. The fine silt particles and chemical makeup of loess allow its eroded landforms to become rather steep. Indeed, I was surprised to find some slopes at Revis Hill Prairie, an Illinois Nature Preserve, too steep to climb. In this spring view, with daylight fading, I was struck both by the pronounced terrain and the tawny clumps of last year’s grasses. Unlike Fults Hill Prairie which I had visited earlier that day, this section of Revis had not been burned in the prior season. After painting until dark, I descended the slopes accompanied by a night hawk swooping and calling along the wooded edge below.