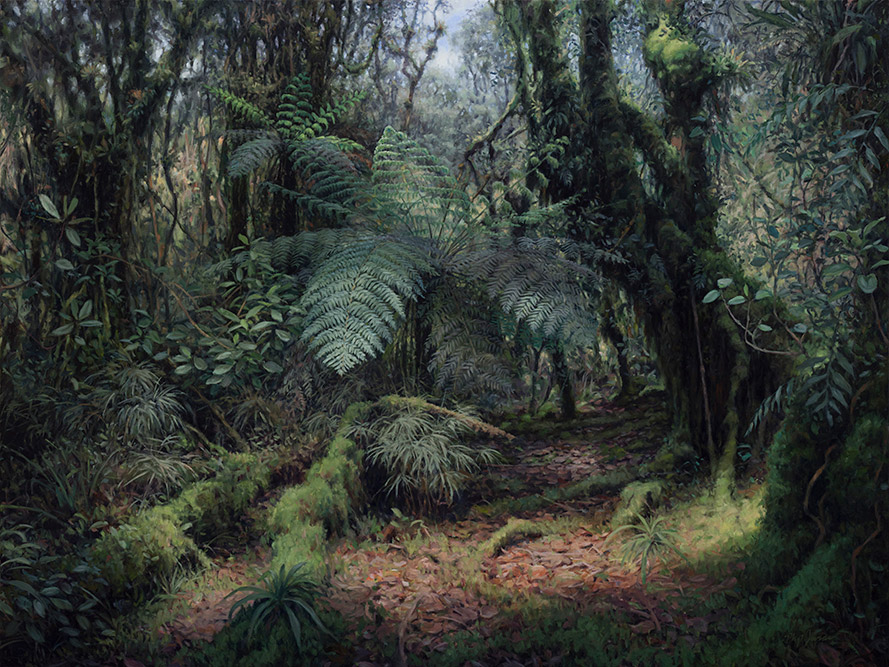 Sunlit Cloud Forest is a view of the remarkable forest interior I explored near Chingaza National Park’s Monte Redondo field station. As an artist and plant lover, this particular scene had a special allure for me because of its unusually large trees draped with moss, lichen, bromeliads, orchids, and various other aerophytes, and the gorgeous tree ferns scattered among the sub canopy. For much of the time as I sketched and photographed in this location in 2014 and in 2016 a cold mist or light rain fell, but during a brief moment of sunshine during my 2016 visit I was able to capture with my camera the images that would be the basis for this painting. Painted in the following year over a two-week period, it is meant to share the awe and excitement I felt at first experiencing the incredibly lush and diverse cloud forest environment of the Colombian Andes.

On a side note, I discovered upon viewing the two field paintings I had done that one was much warmer in color than the other, eventhough the scenes were similar. In retrospect, the warm, yellowish cast of the 2016 image was caused by my overcompensation for the blue color of the tarp that was keeping me dry. There was no tarp in 2014. 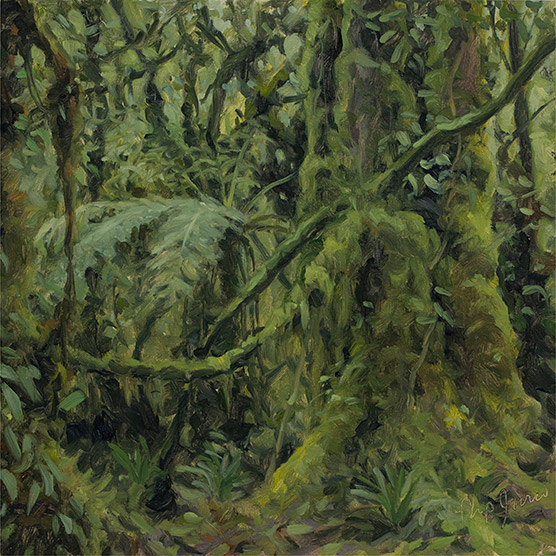 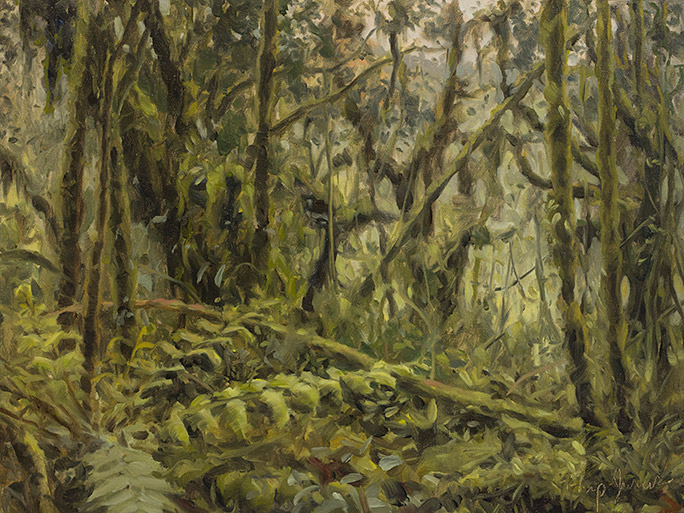 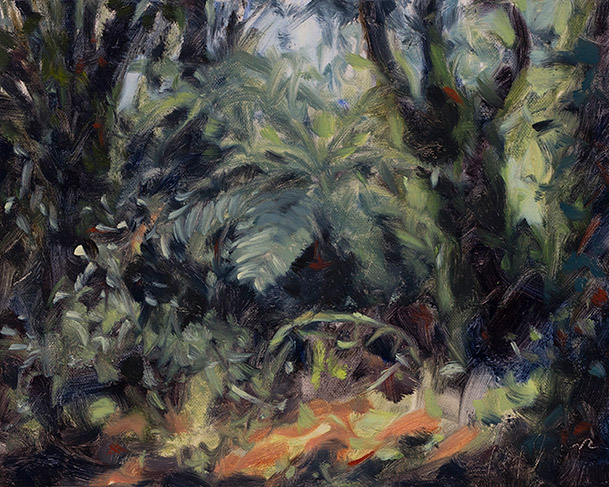