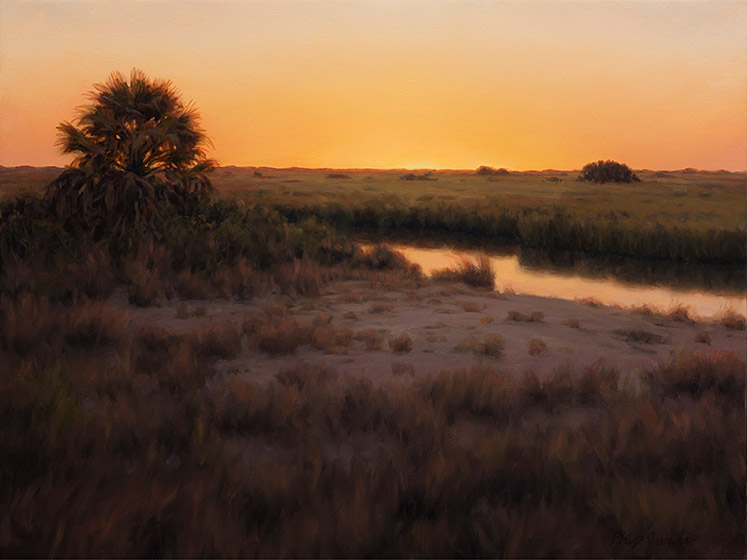 With the sun just about to rise behind a lone wax myrtle and ocean beyond, I had only a few minutes to capture the fiery glow on the horizon and the relative darkness of the marshy foreground – the primary elements of this scene. Perhaps because my hasty start didn’t produce a satisfying composition, I decided several months later to rework it. I rearranged the scene to include a palmetto that was in fact just to the left of the original view while increasing the coverage of the sand dune and muhly grass in the foreground for better balance. Having just read a book about Frederic Church’s work in South America, I admit that this redo may have been partly influenced by seeing so many variations of palm tree and sunset. (for example: https://kemperartmuseum.wustl.edu/collection/explore/artwork/440)

Begun on location but finished mainly in the studio October 2016.