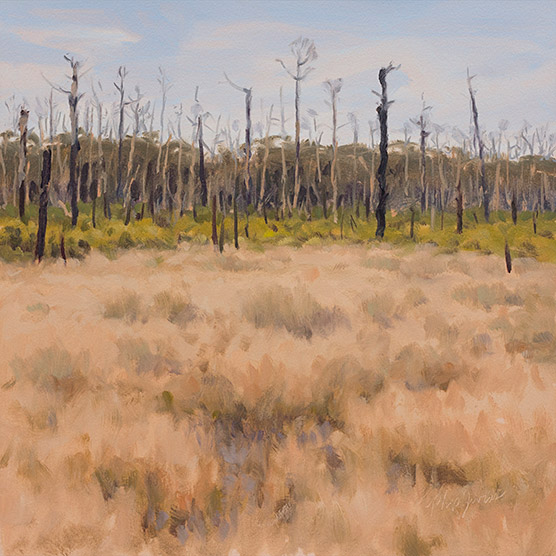 In 2011, a lightning-caused wildfire, aided by years of drought, killed several hundred acres of forest (mainly pines) on the game lands of Sapelo Island. It’s likely that such stand-replacing fires were not uncommon in the prehistory of the island. In the background of this picture, a verdant maritime forest rises unharmed beyond the edge of the fire killed zone. As hot as it was, the fire was no match for the fire suppressing effects of the maritime forest understory. Painted on location.