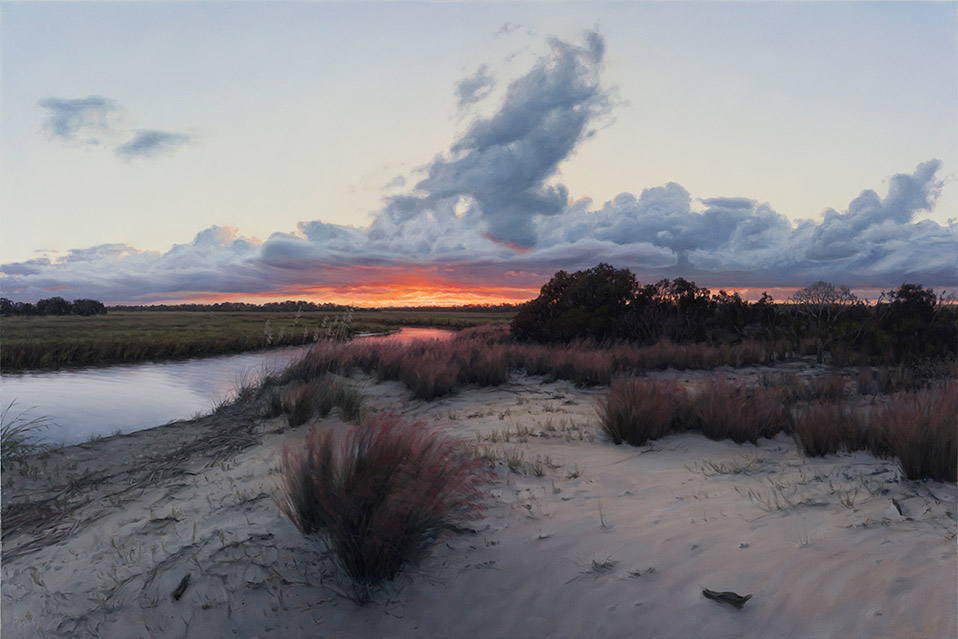 Where Mosquito Creek reaches the ocean, landscapes collide. This is perhaps the most dynamic and scenic location on Little St. Simons Island. From the first evening I set foot there, I knew I would be returning again and again. There was so much there to study: the bend of the creek emerging from the marshes; the dune fields that rise and erode on either side of it; the sweeping views of empty island and ocean; the drifts of muhly grass, sea oats, and gulf croton; and, of course, the dramatic sea-side skies.

I made my first attempts to familiarize myself with some of these elements with two very quick studies in 2011. First, during the summer I made a quick sketch of the creek at sunset, followed in October by an equally brief study in which I tried to remember the color of the muhly grass as the light faded.

It was on that October evening that I found the composition for Mosquito Creek Sunset. Here, muhly grass and wax myrtles grow on a sand dune that formed roughly thirty years before on the edge of the open beach. Now, the beach has moved almost two hundred yards to the east, allowing non-beach plants like muhly grass to colonize the open sands of this ever-changing creekside location.