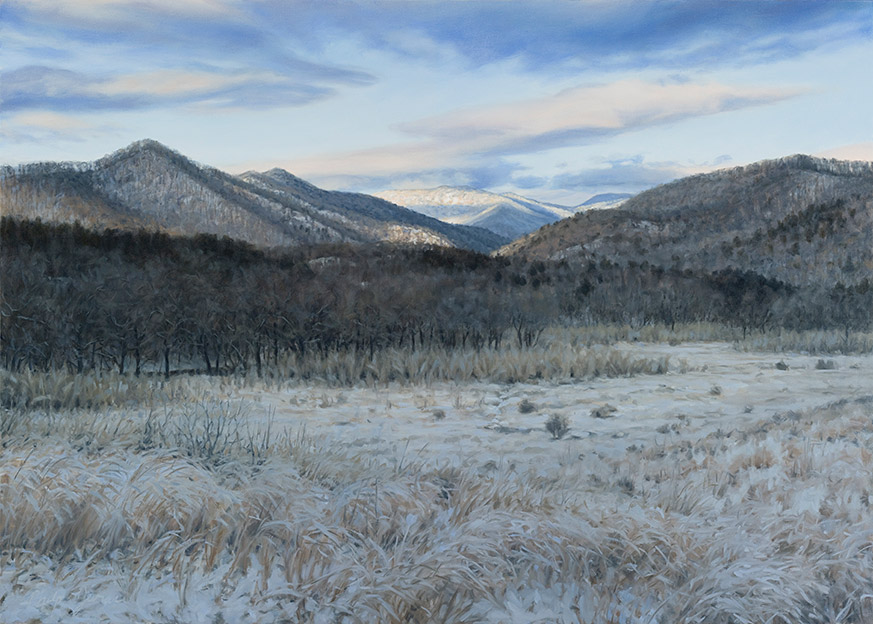 Besides my ongoing quest to understand the role canebrakes played in presettlement times, I’ve also been wanting to do a snow painting. The two came together on February 10 when a light snow fell in Athens. I woke early the next morning, drove north almost to Franklin, North Carolina, and found these early morning colors as the storm system moved out. This part of the Little Tennessee River Valley was once home to the middle towns of the Cherokee. Francis Harper, in his annotated edition of Bartram’s Travels, says that part of the route Bartram followed in reaching this valley crossed over a mountain rather than follow an easier creek-side path. He suggests the easier low route was blocked at the time by dense canebrakes. In this scene, I portray the valley in winter as it might have looked when the Cherokee lived there. Present are the open old fields that Bartram described as well as the cane (Arundinaria gigantea) Harper refers to. Today, small canebrakes can still be found in the valley invading field edges near the river.