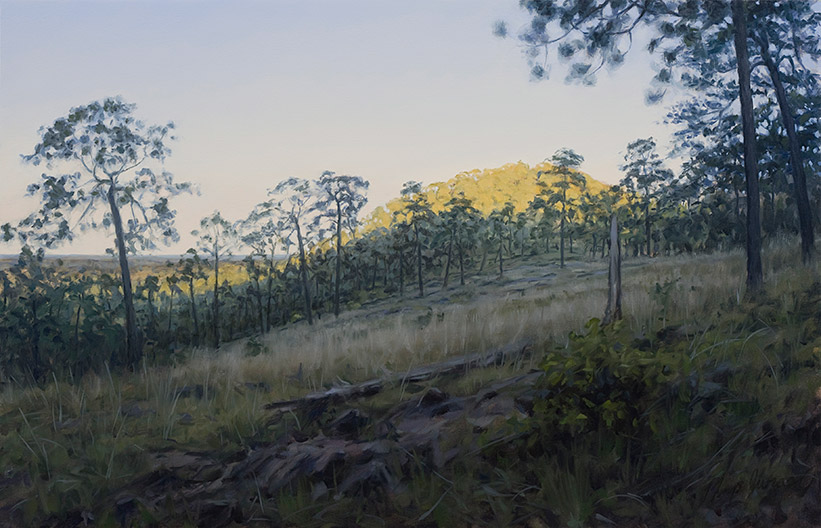 On lands adjacent to the Savannah River above Augusta, Georgia, is an extremely rare example of a Piedmont grassland. Privately owned Burks Mountain is the southernmost rock outcrop of serpentine in the eastern United States. Serpentine is metamorphosed rock from the earth’s mantle. It is high in magnesium, nickel, and chromium and can create a toxic environment for plants. On the dry slopes of Burks Mountain and neighboring Dixie Mountain, it inhibits tree growth, thereby creating a refuge for some very rare and endangered sun-loving species. One of them, Georgia plume, is the “beautiful evergreen” first described by Bartram not five miles from this location on the banks of the Little River. An even rarer plant, Dixie Mountain Breadroot, is known to exist only at this site and two others in South Carolina.

It’s a wonder to me that Bartram doesn’t mention these small mountains in the Travels. Not only do they rise sharply above the surrounding Piedmont topography, but they are also situated right along the Upper Cherokee Path. This was the path that Bartram almost certainly traveled on his way to the Cherokee lands from Augusta, passing the foot of Dixie Mountain and stopping for the night in nearby Petersburg on the Little River (now under Thurmond reservoir). Had he chosen to investigate these hills, he would certainly have been impressed by the distant views, the open, grassy slopes, and the unusual assortment of rocks and plants that appear. I can only wonder if, when Bartram refers to the “chains of hills” with “gravelly, dry, barren summits” a day’s journey north of this location, he isn’t also referring to Burks and Dixie mountains.

In this image, the first rays of the sun are striking the high point of Burks Mountain. All of the elements appear as I found them that summer morning, with a few exceptions: I have eliminated some planted loblolly pines and rearranged and aged the longleaf and short-leaf pines that populate the slopes.

* This is an excerpt from Philip’s essay appearing in: Philip Juras: The Southern Frontier, Landscapes Inspired by Bartram’s Travels 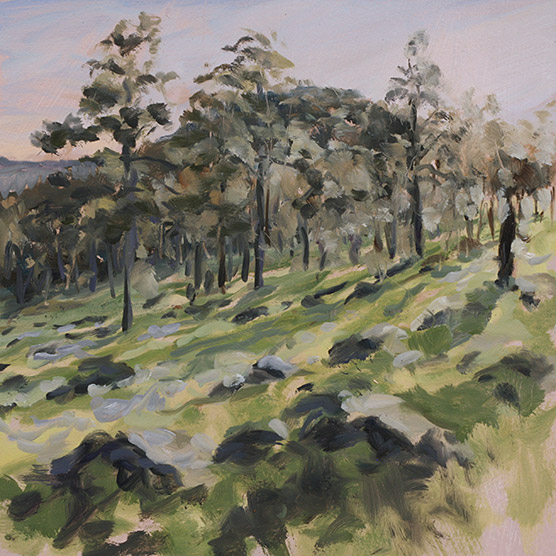