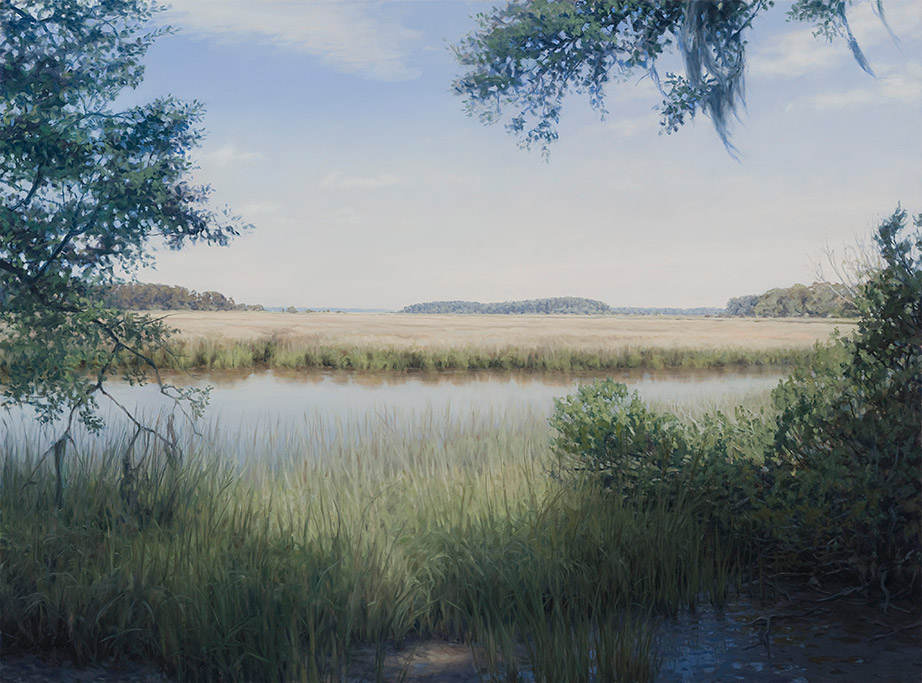 In the eighteenth century a visitor to Wormsloe, the fortified home of Noble Jones, would have seen a view toward the south very similar to this one. In this view, recreated from historical maps and aerial photos, Long Island is on the left, the Isle of Hope is on the right, and Pigeon Island occupies the center of the opening. A tidal creek once flowed through this opening. It was known in the 18th century as Jones Narrows,and was the main inland water route between Savannah and points south. In more recent years, the highway to Skidaway Island was built across this space, forever changing the appearance of this historic view.