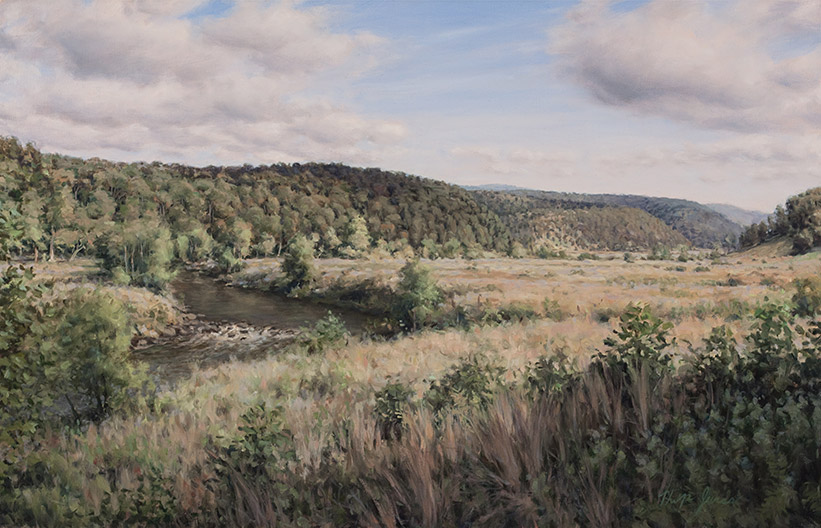 “KEOWE is a most charming situation, and the adjacent heights are naturally so formed and disposed, as with little expensive of military architecture to be rendered almost impregnable; in a fertile vale, at this season, enamelled with the incarnate fragrant strawberries and blooming plants, through which the beautiful river meanders, sometimes gently flowing, but more frequently agitated, gliding swiftly between the fruitful strawberry banks, environed at various distances, by high hills and mountains, some rising boldly almost upright upon the verge of the expansive lawn, so as to overlook and shadow it, whilst others more lofty, superb, misty and blue, majestically mount far above.” – William Bartram 1775

It’s been many years since the sun last warmed the banks of the Keowee River, but not so many years that it has been forgotten by those who knew and loved it. The valley that William Bartram found so charming is no more. It lies beneath the Keowee reservoir, an impoundment built for the Duke Power nuclear plant, with its current charms enjoyed by boaters and developers.

In a way, the loss of the valley only serves to enhance the poignancy of Bartram’s vision. I created this image with the desire to not only see that lost place, but also to better understand the tradeoff we’ve made in the last century for the sake of progress in the Savannah River watershed.

I credit much of the information and even inspiration behind this painting to Marshall Williams and his sons Phil and Mark, who know this location like few others ever could. In this 18th century vista of the Keowee River, the view is to the north, looking up the valley in the area of Fort Prince George and the Cherokee town site of Keowee.

When Bartram passed through the Keowee Valley in 1775, it was a somewhat abandoned landscape. The Cherokee population was in decline, and the extensive agricultural areas they maintained up and down the valley were in a state of transition. Bartram describes the open but changing landscape when he notes “the swelling sides of the adjoining hills were then covered with habitations, and the rich level grounds beneath lying on the river, was cultivated and planted, which now exhibit a very different spectacle.” Using his description, this scene shows the formerly cultivated, level grounds of the valley in an early state of old-field succession. With the passage of only a decade more without disturbance, this scene would be dominated by young forests and dense canebrakes. What Bartram described was a fleeting, though likely recurring, vision in the history of the valley.

In the middle ground and background of this image, the more southward-facing hills are shown to be more open, while the more northward-facing slopes are completely forested. The openness of the south slopes results from the use of fire in this landscape as the easiest way to keep the agricultural areas open, and for other requirements, such as maintaining line of sight for defense. Fire escaping the fields at the base of the hills would have its greatest impact on the drier, south-facing slopes, leaving them somewhat open and grassy with a scattering of fire-tolerant tree species. I imagine that it was from just such a grassy, hillside opening that Bartram makes this observation:

“Having gained a very considerable elevation, and looking around, I enjoyed a very comprehensive and delightful view: Keowe which I had but just lost sight of, appears again, and the serpentine river speeding through the lucid green plain apparently just under my feet.”

* The above is an excerpt from Philip Juras’s essay appearing in: Bartram’s Living Legacy: Travels and the Nature of the South

More about the excavation of Fort Prince George before the valley was flooded in May 1968.