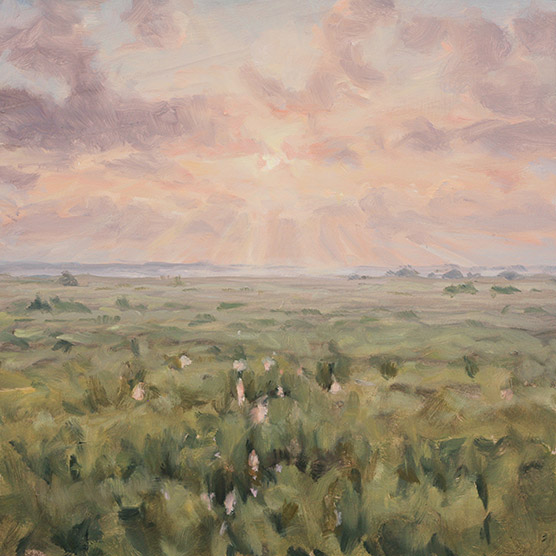 Because the state of Florida has been managing this ten thousand acre prairie to appear as William Bartram first described it in 1775, the Alachua Savanna, as Bartram called it, is still very much a “level, green plain” with “scarcely a tree or bush of any kind to be seen on it.” During its more recent history it has occasionally flooded for periods long enough to support a commercial ferry service, but it was very much the prairie Bartram described as I painted from the shoulder of Highway 441 on the morning of June 27, 2009.