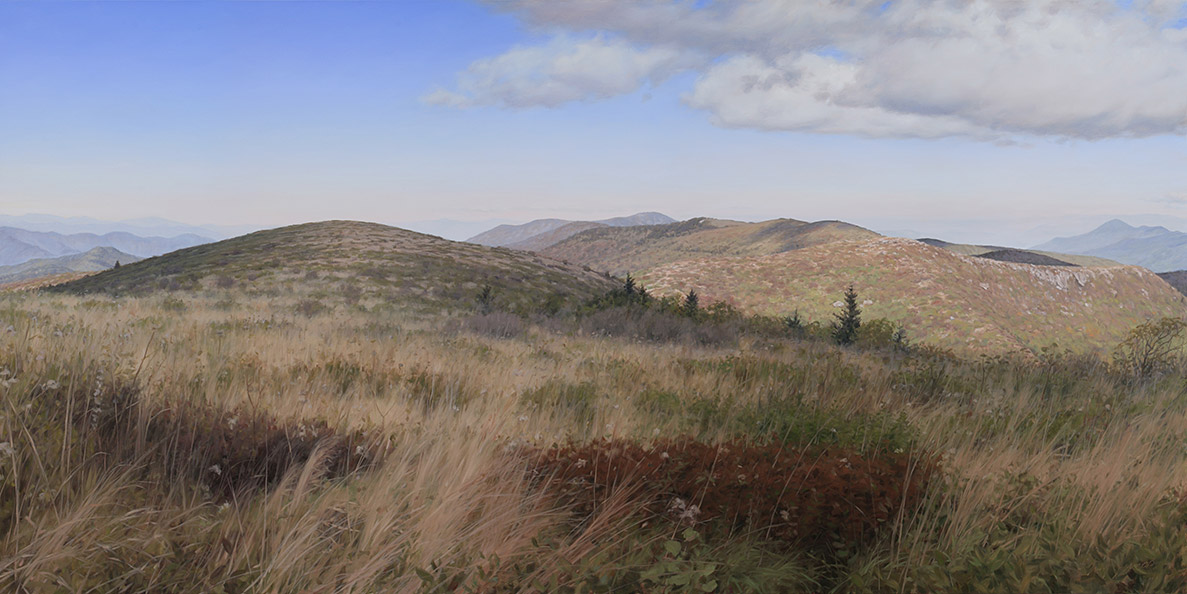 The origins and maintaining factors of grassy balds, found only at high elevations in the southern Appalachians, are not entirely understood. It may be that they are a remnant of a Pleistocene landscape that has been maintained by a combination of climatic exposure, poor soil conditions, and, perhaps most importantly, the browsing and grazing of large herbivores over the eons. While the landscape in this image does display the qualities of the mountain bald environment, it is not strictly speaking of the same natural origin. The view seen here is from the top of Black Balsam knob. As implied by the name, it and the much of the surrounding landscape was covered with spruce-fir forest until about 100 years ago when timbering activities began. These activities were followed by a series of catastrophic fires, the most intense of which was in the 1940s, leaving behind a landscape more suitable for the development of grasses and shrubs than for trees. In spite of its recent origin, this “burn scar” created landscape shares many aspects with natural non-fire maintained balds, in species, in structure, and especially in the experience of generous vistas. It also shares the fate of other high elevation balds which are not being maintained with grazing or cutting; it is gradually changing back to forest.

The quartz rock outcrop “The Shining Rock” that gives its name to this painting and the wilderness area it depicts can be seen as a light spot among the spruce forest atop the ridge near the center of the painting. Of note behind it to the left is Cold Mountain while on the far right of the image is Mount Pisgah. 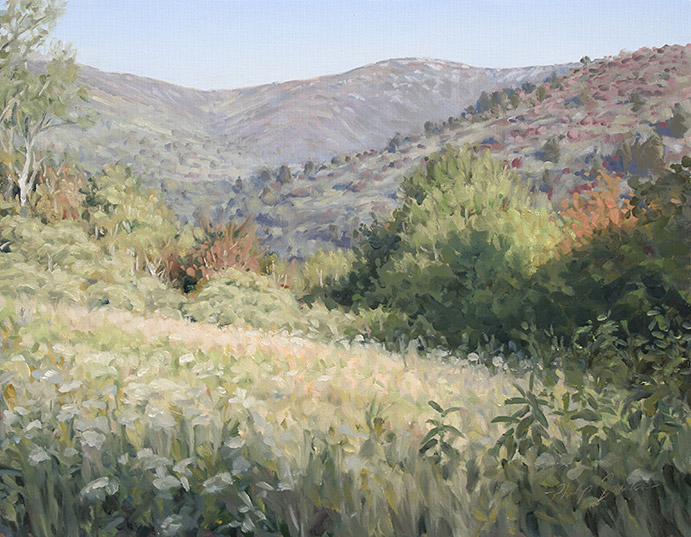 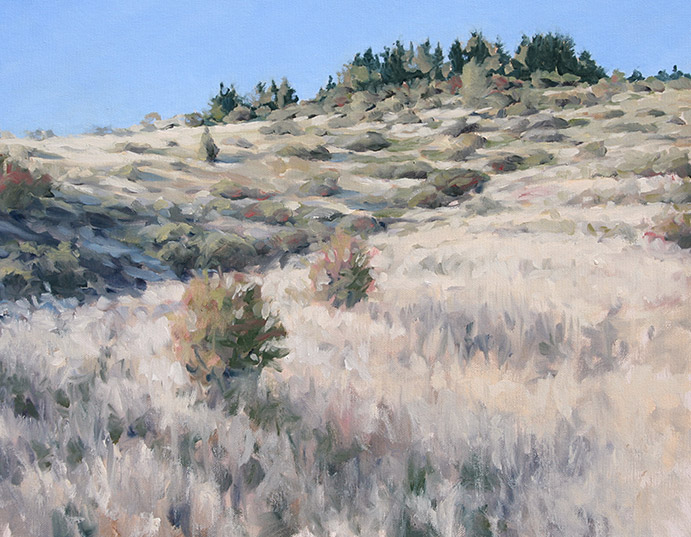 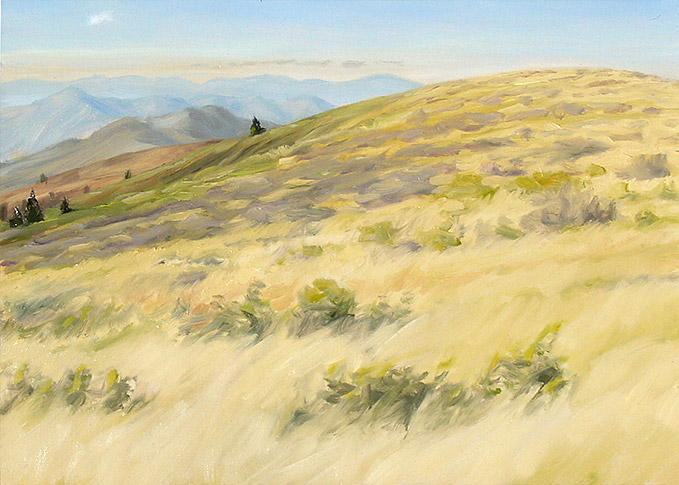