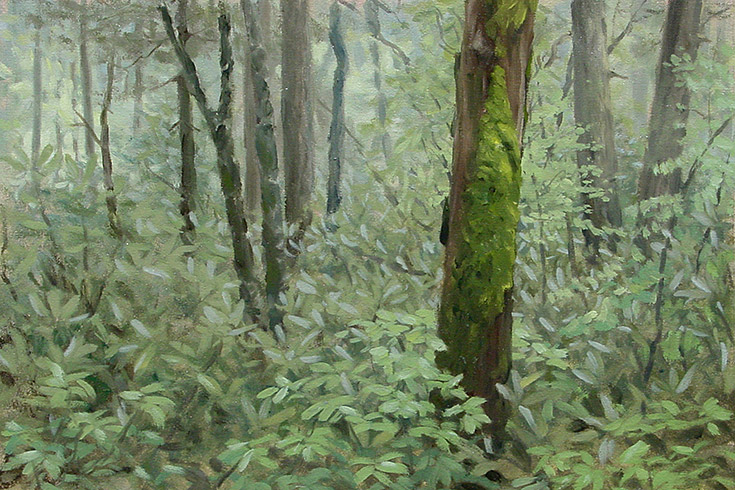 The verdant old growth hemlock forest where I painted on this May morning (2004) was showing signs of infestation by the hemlock woolly adelgid. This tiny Asian insect, accidentally introduced to North America in the early twentieth century, has caused hemlock forests to brown and die throughout the Appalachians. I hope this stand of trees makes it. The morning I painted there, a constant light rain fell. I put up a tarp to cover my setup which was on a trail along a trout stream near the fish hatchery. Several fishermen with strings full of trout had to step around my easel. The cool damp air and the patter of water on the tarp were an excellent accompaniment for painting in such a beautiful place.

Note: As of 2011, it was reported that this old growth stand of hemlocks had succumbed to the adelgid. The ancient trees had been cut down and the rhododendron underneath were withering in the direct sunlight.